Lightweight, cross-platform C++ toolkit for the rendering of medical images.

Stone of Orthanc is a lightweight, cross-platform C++ toolkit for the rendering of medical images. It notably features support for MPR (multiplanar reconstruction of volume images), PET-CT fusion, and accurate physical world coordinates. Stone of Orthanc is not a fully-featured DICOM viewer, but rather a building block to create such applications, such as the Stone Web viewer. 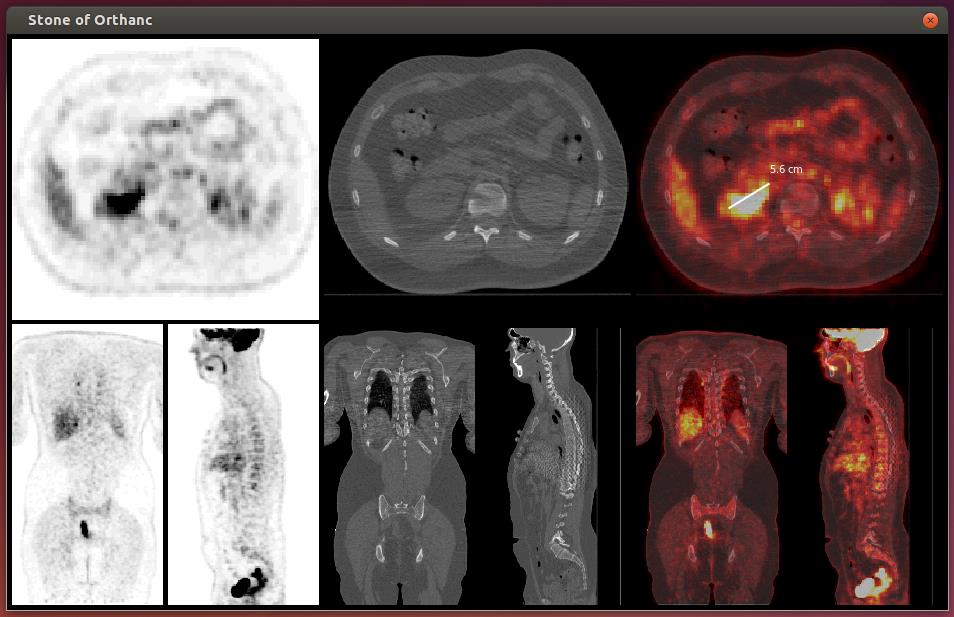 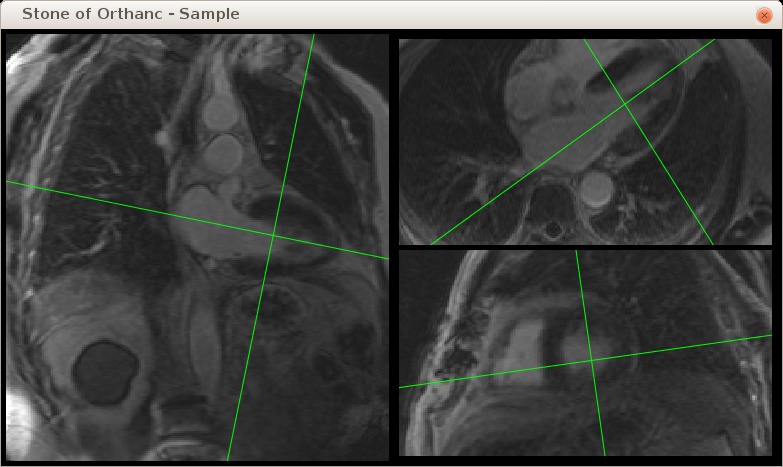 Stone of Orthanc is similar in spirit to two other well-known toolkits:

Stone of Orthanc takes advantage of the GPU for the hardware-accelerated rendering of 2D scenes. The handling of 3D volumes (MPR, reslicing...) is done entirely in the CPU, which provides a simpler architecture and maximum compatibility with various manufacturers. Furthermore, Stone of Orthanc comes bundled with its own software-based rendering engine (based upon cairo). This makes Stone a highly versatile framework that can run even on low-performance platforms without GPU, or for server-side streaming.